babysitters' club, books, fantasy, frustration, how to train your dragon, long rants, reading, reviews in a nutshell, teens can write too (sort of), writing

Well, obviously, the ones that were horrible!

I’ve thrown one of my notebooks when my sister was naughty. I’ve thrown board books. But never really an actual novel.

I did sort-of throw this “Babysitters Club” thing across the room. All they did was fabricate a mystery and do such stereotypical arts and crafts that I wanted to throw my latch-hooking, well, hook at them! Oh, and don’t forget the knitting mushroom. And the afghan hook. And the crochet hooks. And the needle-nose pliers. AND the knitting needles! Augh! Without exception the worst book I have ever read. How did it even get published!? Better stories get turned down all the time!

Seriously, if you write me a story about a boy who does something with his hands, I don’t care what kind of craft it is, I will love you forever. Especially if it’s because it’s stress relief, or maybe if it’s his therapy. That would be nice…

(Please ignore the faces. Look at the HANDS.) 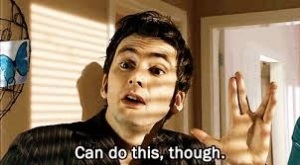 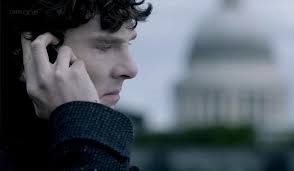 Seriously. Sometimes I get distracted by what they’re doing with their hands. Which is okay–sometimes the real tension comes across in the hands. Net win. Great actors have really expressive hands. They don’t just use their faces, they use their entire bodies. I think one of the most powerful scenes from the Christopher Eccleston era of Doctor Who was in Dalek–you could tell the tension of the scene just from the way he held himself, his posture… And when Martha was meeting the Doctor, it was a bit like a Meet-the-Doctor scene for the viewer as well. “Barefoot on the Moon!” and when he wiggled his toes, I thought, “That’s pretty much all you need to know about the Doctor in one three-second shot.”

Wow. That got off-topic really quickly.

I did throw one of my schoolbooks on the ground and stomp on it, but it was softcover so I didn’t damage it. I was just frustrated that I wasn’t supposed to annotate it sarcastically. It was a horribly skewed history book, if anyone is interested in knowing. I really hate history books that just BREEZE through everything and don’t take it seriously! I love real, in-depth history that’s about people and culture. I hate history that is written bland and watered-down and colorless and includes no background. I hate history that ends up with a skewed perspective because the author’s bias leads him to write it from a white, Anglo-Saxon, male, Protestant, Western, modern perspective. Even a progressive perspective. Not a historical perspective! If you’re writing about the Bolshevik revolution, please write from an Orthodox Christian (or otherwise accurate religion/atheism), Russian perspective! Give us the points of view of the people! Give us the freaking BACKGROUND MATERIAL! Don’t just call Benjamin Franklin a ladies’ man, tell us WHY!

Okay, I think I may have just… um… ranted…

Yeah, I have a history thing. Don’t judge. History is awesome. When it’s done right.

Okay, so that’s all the books I’ve thrown across the room. (Though I did throw one of the How To Train Your Dragon books across the room because I was mad at my sister–it wasn’t because of the book at all…)