and procrastinating, can't you tell?, doctor who, fun stuff, half the fun of posting about the tenth doctor is looking for the dorkiest possible pictures of him, i'm bored

Who is your favorite Doctor? Well, I can’t speak to much of the old series, but I’m going through Eight to Twelve, even though I technically don’t know Twelve much…

You’re adorable and sweet, but with a fiery undercurrent. Classy in a nouveau way. You probably like steampunk in secret, at least a little bit. And you’re just a tad spacey.

If the Ninth Doctor Is Your Favorite… 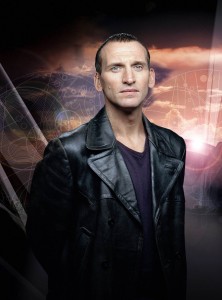 You’re a little bit cynical, but still capable of seeing the wonder in the universe. You’re really sassy and funny and could be the life of the party, if you wanted.

You’re a little bit of a philosopher, in a gritty, real-to-life way.

If The Tenth Doctor Is Your Favorite… 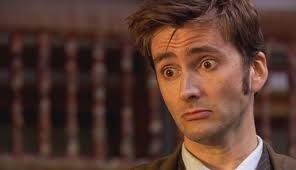 You are sweet, adorable, dorky even, but can be intimidating, even terrifying. You can be a bit mischievous and irreverent, and it is your nature to laugh at the dark. You are a bit melodramatic. You tend to leave others far behind when you get moving intellectually and sometimes struggle for words (you miss your first language and wish English was a bit more concise and erudite).

You’re even a bit old-fashioned and nostalgic.

You’d also better be cautious of your nails, because people stare at your hands a lot of the time.

If The Eleventh Doctor Is Your Favorite… 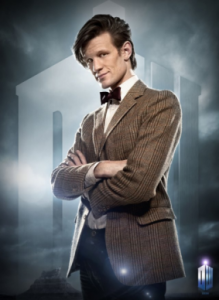 You’re idiosyncratic and tend to make trends out of what you wear. You also tend to leave people behind and confuse them when you’re talking. You’re probably a bit younger (this is just demographics. Seriously.) Or you’re young at heart (does that sound better?) Your sense of drama oftentimes runs out while you’re still in the middle of things. You appreciate life.

You are VERY good at spelling and never have to type “Twelfth” twice.

Just kidding. 😛 (I actually had to re-type “Eighth” and “Twelfth” several times in this post alone.)

You’re sarcastic. You don’t know how to deal with emotions or cute fuzzy things, but that’s mostly because you’re preoccupied with saving the world. You will never get anywhere in politics because you don’t do the kissing-babies thing.

But you are very, very good at saving the world.

Though this might seem a bit out-of-place, given that you’re not very good with emotions or people in tears (some might even say you have no social skills, but that is simply not true), you’re also intuitive.

So, who’s your favorite Doctor and how accurate is this? ;-P

This was just for fun and I hope I didn’t hurt anyone’s feelings. I don’t mind offending people, but I hate to hurt their feelings.

25 thoughts on “Doctor Who: What Your Favorite Doctor Says About You”